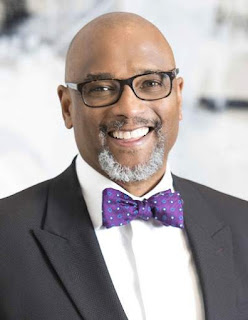 The image of a crying two-year baby while her young mother is handcuffed at the border is enough to bring tears to your eyes. The “zero tolerance” policy of the Trump junta is cruel, inhumane and counter to the principles that built America into a great country. Instead of “Making America Great Again”, Trump is bringing ruin and destruction to the moral authority that is the foundation of our greatness as a nation.

America has experienced long periods in our history where the behavior and acquiescence of our government ran counter to the principles outlined in the soaring documents of freedom and liberty penned by the Founding Fathers. Our 250 years of African slavery remains the biggest blemish that continues to have profound consequences for American society today. But this recent surge of arrest of migrants from Central America at our southern border, and the separation of children from their parents is an act of historic malevolence.

We cannot let this stand. I am proud of the Republican Governor from Massachusetts, Charlie Baker, who I had the honor of working with while I was President and CEO of the Greater New England Minority Supplier Development Council, for standing up to President Trump and refusing to allow National Guard troops from Massachusetts play any role in this fiasco at the border. I am also proud of the Democratic Governor from Colorado, John Hickenlooper for issuing an executive order banning any of the resources of Colorado from being used in these shameful acts.

It is now time for Corporate America, to stand up and demand an immediate stop to this and return these children to their parents. A Trump junta official after the G7 meeting stated there is a "special place in hell" for our friend and neighbor, Justin Trudeau the Prime Minister of Canada for having the blasphemous audacity of standing up to Trump. Well, this phrase is much more appropriate for those officials who condone the separation of babies from their mothers. We can and should have a political debate about immigration. We can even pursue policies that strengthen our borders. But there is no need to incarcerate two-year old children while simultaneously separating them from their parents. Our jails are already too full from the consequences of poverty and neglect.

There is a line in the Hamilton play where they sing “history is watching.” We will look back at this episode along with the president’s remarks after Charlottesville, his remarks about the inability of an American judge of Mexican descent to judge him fairly because of his ethnicity, his attempted Muslim ban, his remarks to our friends at the G7 meetings in Canada, and his constant calumny and dishonesty about all subjects and ask: “Where were we and what were we doing about it?”

I believe that corporate supplier diversity is something that brings out the best in all Americans, when done well. We have proven over the past 30 years that we can build significant and mutually beneficial relationships between the great-great grandchildren of former slaves and the leaders of industry. It is this same spirit that we desperately need now. But more than spirit, the time for action is now. We can support lawyers who are defending these immigrants. We can call our Congressmen and Congresswomen and demand that they take legislative action curbing the cruelty of this administration. We can register to vote and encourage others to do the same. We can even send an email to the White House. We must not, we cannot stand idly by. Enough is Enough!