Historians will look back at these past 10 days, and with the perspective of time, be able to tell whether the events in Charlottesville represent an inflection point where Americans realize that racial justice and diversity are ideals worth fighting for, or whether this was the beginning of an even darker time. As a student of economic and political history, I think it is important to look back at previous periods in our history of race and society and look at the factors that led to paroxysms of hate and violence. This is not just an academic exercise. There are lessons to be learned that provide us the tools to combat racial and religious hatred.  History’s lessons remind us of the importance of the work that we do as promoters of diversity in general, and supplier diversity, in particular. It is axiomatic, that those who support White supremacy cannot support diversity in any form.

There were three periods after the end of slavery when White supremacy erupted and impacted the quality of life of all Americans, particularly Black Americans. Each of these periods were characterized by many events and activities taking place in society, but there were some events that played a more important role in the rise in White supremacy. Without trying to write a 800 page history book in a newsletter column, let me briefly highlight these periods.

Post-Reconstruction 1877-1919
After the Civil War, Union troops occupied the defeated Confederacy. It was during the period between 1865 and 1876 that newly freed Blacks were given the right to vote, to own property and participate fully in American society. Close to 2,000 Blacks from the states of the former Confederacy won public office, including a seat in the U.S. Senate, several seats in the House of Representatives and hundreds of locally elected offices. This rise in power and influence did not sit well with many defeated Southerners who did not even recognize Blacks as humans, let alone citizens on an equal footing.

With the removal of Federal troops, the rise of KKK terror, Blacks returned to a state that was not slave but far from free. It was after the removal of federal troops that White Southerners took back control of the levers of power and instituted Jim Crow laws that would survive into the early 1960s. These laws prohibited everything from interracial marriage to property ownership and segregated public and private facilities.  It was also during this period that lynchings of Blacks peaked. Between 1882 and 1968 over 3,400 Blacks suffered from these terroristic tactics. Lynchings of Blacks rose steadily and peaked at 162 in 1892. These were not only extra-legal murders of “violators” of Jim Crow laws, they were meant to intimidate Blacks who attempted to accumulate property and status.
It is an interesting historical fact that this period was started with a presidential election.

Post-World War One 1919-1932
The second period of an upsurge in White supremacy was the period of the First World War. This was the war to save democracy. The United States entered the war late but with a substantial commitment of fresh troops, including Black troops. On the home front, organizations like the newly formed NAACP fought for the integration of American troops and the fair treatment of those troops. The belief was if Blacks fully participated in the defense of democracy, at the conclusion of the war, conditions would improve. This and passing a federal anti-lynching law was the primary focus of the NAACP. Between 1890 and 1952 over 200 federal laws were proposed, but not one had enough votes in the U.S. Senate to become law. It is interesting to see the White supremacists of today protesting the legal process of  taking down the symbols of racial oppression when compared to the White supremacists of the not too distant past who protested laws that would have banned murder by the mob.

The soldiers returned home with a confidence that only the trials of war can provide those that survive both physically and psychologically. These were Black soldiers who had fought side by side with French soldiers. (General Pershing refused to integrate American troops with the French, but offered the French, Black Americans who could fight with them. This was the start of a special relationship between the French and African Americans that last to this day.) These Black veterans returned to the same segregated conditions they left before their service in the fight to save democracy. These men were not willing to simply accept the status quo.

This new confidence expressed itself in the establishment of Black economic enclaves around the country that while separate from the mainstream U.S. economy, began to thrive. Communities in Richmond, Virginia, New York City’s Harlem, Durham, North Carolina, and Tulsa, Oklahoma saw a rise in both cultural expression and economic power. The case of Tulsa, or what became known as Black Wall Street, developed peaked from 1918-1921. Just in the 36 blocks of the Greenwood section of Tulsa, there were over 600 Black businesses including movie theaters, hotels, newspapers, restaurants, grocery stores and other establishments.

The success of Blacks in a Jim Crow society ran counter to what struggling lower income Whites thought about the way the world was supposed to work. So racial riots broke out across the country in Houston, Chicago, Detroit, East St. Louis and Tulsa. These were not your 1960s style riots where Blacks burned down the businesses in their community. These were riots of White mobs who came into the Black community and committed what can only be described as pre-cursor to the Nazi pogroms of the 1930s. Again, like the earlier period of White terrorism, the impact of these expressions of White supremacy was to intimidate Black entrepreneurship and wealth accumulation. Black Wall Street in Tulsa never fully recovered from its destruction by White gangs in 1921. And in 1925, 30,000 KKK members in full regalia marched down Pennsylvania Avenue from Congress to the White House.

While the Republicans controlled the White House and both Houses of Congress in 1925, Southern Democrats were strongly influenced, if not controlled by the KKK.

In the Post-Reconstruction period, Blacks were victims of successfully exercising their rights as full-citizens. In the Post- World War One period, Blacks were victims because they were becoming successful in a Jim Crow environment that was designed to crush them into the dust. In the words of bluesman Albert King:
"I asked bad luck this morning
How long must i be your slave
He said, "i've left you in your cradle"
Boy, i'm gonna ride you to your grave"

Post- Civil Rights Era
After the 1964 Civil Rights Act and the 1965 Voting Rights Act, White supremacists once again reacted with violence and at the ballot box. Nixon was elected in 1968 running on a blatant campaign to move Southern racists who made up the bulk of the democratic party, into the Republican party. This “southern strategy” continued through Reagan, the Bushes and Trump. The White supremacists fought against affirmative action, fought against minority set-asides, fought against inclusion and equality, fought against electoral and other civil rights, and fought against Black success.
Despite the success of White supremacists, America elected a Black president in 2008. For a brief period between 2008 and 2016, it appeared that America had come to its senses on race and diversity. But we should have known that like Post Reconstruction and Post World War One, there would be White Supremacists reaction. And that reaction is Donald Trump.

It was great to see that Corporate America, led by the CEO of Merck, Kenneth Frazier, an appointee to President Trump’s advisory committee of CEO, said enough is enough, and resigned from this prestigious assignment after President Trump’s equivocation on who was to blame for Charlottesville. I am proud of those corporate leaders who sent an unequivocal message to the President and the country that diversity and common human decency are ideals that we as a nation will not sacrifice at the alter of racism.

Now we must build on this moment. We need more inclusion. We need more Kenneth Fraziers. We need to resist White supremacy as if all of our lives depend on it, particularly when it comes from the President of the United States. We must develop ourselves, our businesses and our communities. We must do everything we can to expand and deepen the community of people who seek justice and love. If we accomplish these things, White supremacy does not stand a chance of grabbing hold and destroying us. Thank you, Heather Heyer. 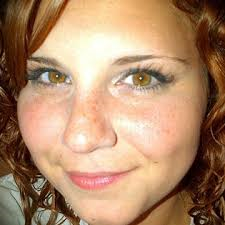