One out of every five Americans is living with a disability. Those Americans are currently nearly twice as likely to be self-employed. With initiatives like the USBLN’s Disability Supplier Diversity Program (DSDP), they also have the ability to achieve greater economic success and independence.

Recognized by the Americans with Disabilities Act Amendments Act (ADAA), government agencies and private corporations, the USBLN’s Disability Supplier Diversity Program (DSDP) is the leading third-party certifier of disability-owned businesses. This nationally recognized program serves in an advocacy and certification capacity, and provides many distinct benefits:
The DSDP offers three different certifications: Disability-Owned Business Enterprise (DOBE) Certification, Veteran-DOBE (V-DOBE) Certification, and Service-Disabled Veteran-DOBE (SDV-DOBE) Certification. A Disability-Owned Business Enterprise Certification (DOBE) is available to any business at least 51% owned, managed and controlled by a person with a disability. The Veteran-DOBE Certification (V-DOBE) is available to a business enterprise owned by a veteran with a disability, not related to their time in service. The Service-Disabled Veteran-DOBE Certification (SDV-DOBE) is available to a business enterprise owned by a veteran with a disability, whose disability was caused by their time in service.
A disability is a physical and/or mental impairment that substantially limits a major life activity, or major bodily function. While the Americans with Disabilities Act does not set forth a specific list of conditions covered by the act, there are over 70 disabilities listed as part of their regulatory guidance, such as missing limbs; mobility impairments requiring the use of a wheel chair; cerebral palsy; major depressive disorder; post-traumatic stress disorder; ADHD; obsessive-compulsive disorder; autism; schizophrenia; and many others.
The USBLN DSDP is a highly credible and recognized certification program. In the last two years, four states have developed public policy promoting inclusion and equality for persons with disabilities, and, in particular, recognizing the USBLN certification program. New Jersey is the latest state to introduce legislation providing assistance to businesses owned by people with disabilities, and recognizing the USBLN certification program as the benchmark for certification. New Jersey follows Massachusetts, Pennsylvania, and New York. In each case, the USBLN was named the exclusive or primary certifier for qualifying businesses.

USBLN continues to advocate for inclusion and equality for people with disabilities. The USBLN Disability Supplier Diversity Program (DSDP) serves to connect corporate partners to certified business and provide training, networking opportunities and access to key events. One such event is the USBLN Annual Conference. We’re poised to continue to grow and strengthen the supply-chain track at this year’s conference. Members of the USBLN Procurement Council, and other experts in supply chain diversification will be in attendance to speak on relevant topics, such as risk management; the value of Disability Supplier Diversity Program (DSDP) certification, and the business impact. Visit usbln.org for more information about the program, to register for the USBLN Conference, and view the full Conference agenda. 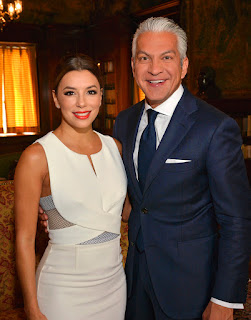 The United States Hispanic Chamber of Commerce (USHCC) is the largest Hispanic business organization in America. It actively promotes the economic growth, development and interests of more than 4.2 million Hispanic-owned businesses, which together, contribute over $668 billion to the U.S. economy each year. The USHCC also advocates on behalf of 260 major American corporations and serves as the umbrella organization for more than 200 local chambers and business associations nationwide. 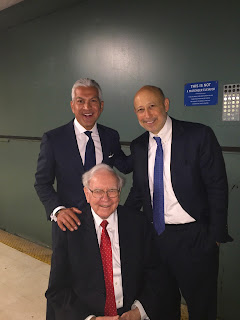 For nearly 4 decades, the mission of the USHCC has been to foster Hispanic economic development and to create sustainable prosperity for the benefit of all Americans. To carry out this mission, the USHCC advocates for five major public policy issues: access to capital, international trade and commerce, education and workforce development, immigration, and energy. 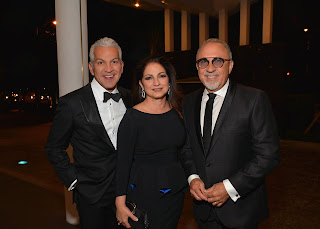 Each fall, the USHCC hosts the country’s largest gathering of Hispanic business leaders: The USHCC National Convention. The Convention is held every year in a city that embodies the American entrepreneurial spirit and supports a thriving small business community. 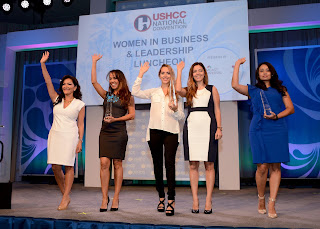 This year, the Convention will be held in a truly global business hub. Dallas, Texas is home to a record number of Fortune 500 companies, including many of the USHCC’s corporate partners such as Toyota, American Airlines, AT&T, Comerica Bank and many more. It is also home to one of largest concentrations of Hispanic Business Enterprises (HBE) in America. 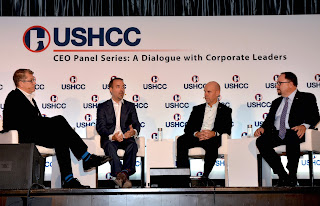 The USHCC will be “Driving America’s Business Future,” at the 2017 National Convention taking place from October 1 – 3 at the Omni Dallas Hotel. The gathering is an opportunity for business owners, corporate executives, entrepreneurs and community leaders to engage in targeted business matchmaking opportunities, as well as professional development and networking forums such as workshops, training sessions and roundtable discussions. Other notable Convention events include the Million Dollar Breakfast Club, which celebrates supplier diversity, the Chamber Awards Breakfast, HBE Elite Luncheon, Women in Business and Leadership Luncheon, and the Closing Gala.

Small business owners will benefit from attending the convention by making valuable connections with corporate representatives, other business owners and potential customers and investors.

Corporate representatives will be able to reach out to rising entrepreneurs and established small business experts, as well as cultivate lasting strategic partnerships with HBEs, chamber executives and thought leaders in policy, government. 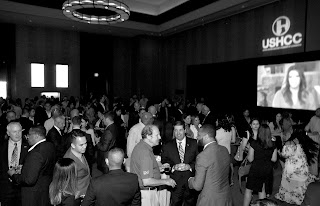 Join the USHCC at the 2017 National Convention in Dallas, Texas,  as we bring together corporate executives, public officials, chamber leaders and entrepreneurs who are all eager to foster meaningful, long-lasting partnerships with America’s most dynamic small business community.

Take advantage of the endless opportunities awaiting you at the USHCC 2017 National Convention. Visit http://ushccconvention.com/ for more information and follow #USHCCDallas on social media.