Africa Not Holding Its Breath For Trump on Trade

After a two-year election campaign and weeks into his presidency, Africans still have no idea how Donald J. Trump plans to deal with this continent of 54 nations.

Since the launch of his political career, Trump has barely mentioned Africa, home to six of the 12 fastest-growing economies in the world, let alone share insight into his foreign policy thinking. All Africans, and anyone interested in U.S.-Africa relations, have got to go on are a few disparaging tweets, posted in the years before his run for office.

In one 2015 tweet, he called South Africa, the continent’s economic powerhouse, a “total and very dangerous mess”.

In another, he said: “every penny of the $7 billion going to Africa as per Obama will be stolen.”

Officially, the response to Trump’s presidency by African leaders has been muted.
But when two African countries were recently included in the executive order banning travel to the U.S. from six predominately Muslim countries, the outgoing head  of the African Union Commission, Nkosazana Dlamini-Zuma, lashed out, saying “The very country to whom our people were taken as slaves during the transatlantic slave trade, has now decided to ban refugees from some of our countries." 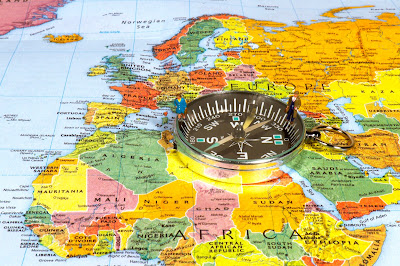 On social media and privately, many Africans regard Trump’s tone and his silence on Africa as part of a general negative attitude towards their continent.  “When you watch the news in African countries, people are alarmed by what they see coming from the White House,” said Kwaku Nuamah, a lecturer at American University’s School of International Service in Washington.

But given America’s track record on African trade and investment, some in African business circles say they are neither surprised nor alarmed by the absence of any foreign policy direction on Africa.  “Many people were expecting closer relations [with the U.S.] while Obama was in there but that didn’t happen,” said Kebour Ghenna, director of the Ethiopia-based Pan-African Chamber of Commerce and Industry, a body representing African business.

“And they don’t expect that to change with Trump,” Ghenna said.

Nuamah agrees. “Expectations are very low. Whatever [Trump] does will exceed expectations,” he said.

President Obama maintained both those initiatives and launched a few of his own, in historic fashion. In his second term, he announced a $45 billion energy project seeking to electrify 60 million African homes and businesses as well as other efforts to promote Americans doing business in Africa.

Obama went on to become the first American president to host a U.S-Africa Summit with African heads of state at the White House in 2014, intended to strengthen relations. Yet his efforts paled in comparison to those of another foreign power deeply engaged with Africa: China. It was a disappointment for some in a president with personal ties to the motherland.

China surpassed the U.S. as Africa’s biggest trading partner in 2009. Sino-African trade has grown in leaps and bounds since, rising to $210 billion in 2013 – more than double that of the U.S-Africa trade in goods that year.

America’s trade with African nations, on the other hand, dropped from $125 billion in 2011 to $99 billion the following year to $85 billion in 2013, according to Washington-based think tank, the Brookings Institution. Last year, Obama announced that U.S direct investment in Africa had risen 70 percent during his presidency.  But it still lagged behind China.
‘
At an annual China-Africa Summit in South Africa in 2015, China pledged to invest another $60 billion in loans and investments into African development.  The main sectors benefiting were transportation, such as rail and road infrastructure development, energy and mining.

Meanwhile, Trump has all but declared a trade war with China. Should he fulfill campaign promises, they could include officially labeling China a currency manipulator and bringing trade cases against China in the U.S. and with the World Trade Organization (WTO).

Whether Trump will decide to take his fight to the Chinese on African soil is anyone’s guess, although some analysts suggest that his “America First” outlook suggests a dialing back of American engagement on the global stage.

But challenging China as a competitor for economic dominance in Africa is a battle the U.S. is unlikely to win, Ghenna said.  “There is already a momentum with China that is difficult to restrain.”