Where did the black banks go?

America has half as many black-owned banks as existed 15 years ago.
“People assume [black bankers] don’t know what they are doing,” said Alden McDonald, CEO of New Orleans-based Liberty Bank and Trust. “Put yourself in these shoes: We are located in communities in which all of the large banks have moved out of because it’s not profitable for them to do business there.”

The number of black-owned banks fell 54 percent between 2001 and 2016, according to the Federal Deposit Insurance Corporation. 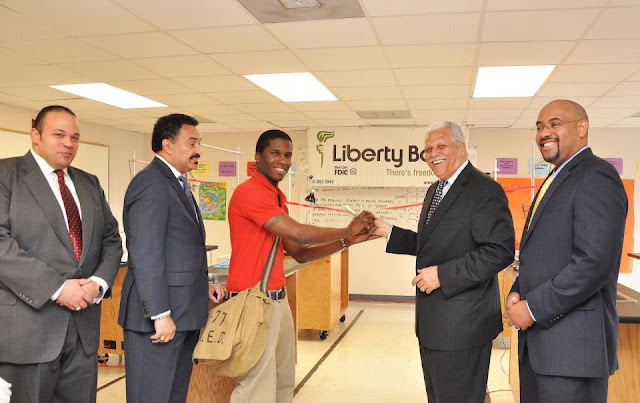 Historically, these banks have stimulated and revitalized their communities while also financing customers whom major banks have shunned.

“From 1888 to 1934, African-Americans owned more than 130 banks in the U.S., and the number of black-owned businesses rose from 4,000 to 50,000,” McDonald said at a January ceremony in which the U.S. Treasury Department named an annex the ”Freedman’s Bank building” after the bank Congress incorporated to help “freed” blacks transition from slavery.

Today, black banks are struggling to overcome the ripple effects of the Great Recession, in which they suffered more than larger banks. And only a few black banks qualified for the federal bailouts that major financial institutions gleaned.

“Even though we are now hearing some good news,” FDIC chairman Martin J. Gruenberg said to black bankers in 2014, “we know that in many of the communities you serve, the pace of recovery is lagging.”

Exactly why these banks have disappeared is complex, but black bankers say the cost of doing business, the financial instability of their communities and counterproductive federal policies have created overwhelming challenges.

“It was very unfortunate that major financial institutions — big banks — received a large portion of the TARP money when institutions like Capitol Bank received none or very little,” said George Andrews, former CEO of Capitol Bank & Trust in Atlanta, which closed in February 2015. “To add insult to injury, big banks received TARP money after they played a large part in creating the downturn in the economy with the unscrupulous lending practices they engaged in.”

“But I would say it’s the overall impact of the economy that has hurt black banks most,” said Michael A. Grant of the National Bankers Association.

Black bankers also say some federal policies have created an environment in which black banks are losing business to larger, more stable institutions.

Grant cites the Treasury Department’s New Markets Tax Credits program. It has given tax credits as incentives to invest in underserved neighborhoods since 2000. But larger banks swoop in, make investments, then receive tax credits, black bankers say. Meanwhile, their own applications get rejected, never mind their service to poor communities.

Some $3.5 billion in New Markets Tax Credits were allocated to 76 entities across America, Black Enterprise reported last July, but “no funds were awarded to the nation’s minority banks.”

If these tax credits were issued “in a more fair and equitable way, it would cause millions of dollars to flow to these [black] banks,” Grant said.

“Meanwhile, my expenses are twice as much because I have to do more counseling to my borrower,” said a frustrated McDonald of Liberty Bank. “I may have to have guard service because I am in a high crime area. My deposits are much smaller.

“We have tried speaking to everybody we could, but no policy changes have been made. I don’t want lip service and talk about I’m doing a good job. Help me do a better job and I can help twice as many people.”