Was it Civil Rights or a Movement?

They fought for integration, equal education and voter registration.

There were Freedom Rides, a march on Washington and mayhem on Selma’s Edmund Pettus Bridge.

There were sit-ins, brutal attacks and stands against violence.

In the end, freedom was achieved – at least in part.

“There is no question that the Civil Rights Movement was a defining time in American history …” said Marc Morial, CEO of the National Urban League. “It significantly changed the landscape of the country.”

It has been chronicled in countless news stories and books. Most people who participated, watched it unfold, or learned about it later agree that it was the seminal protest crusade in U.S. history.
But they disagree on when it started, when it ended and how it should be identified: Was it the civil rights movement or the Civil Rights Movement? 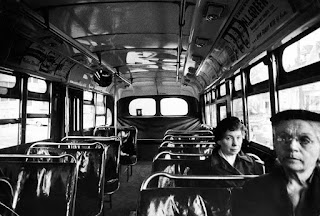 Sixty years after the Montgomery Bus Boycott, the story of the Civil Rights Movement still is being written, historians and activists say. Some consider it a historic era. They believe that referring to the movement informally or generally – in the lowercase – minimizes its importance. One-hundred years from now, “Civil Rights Movement” will indicate that something monumental happened.

But others say the movement was a series of events that started when enslaved people began to run away — soon after the first ships delivered their human cargo  — and the abolitionists demanded their freedom, said Library of Congress historian Adrienne Cannon.

“The thinking is that it’s a civil rights struggle, and that it extends over a period of centuries and has different phases to it,” Cannon said. “That’s much different from the more standard chronological paradigm.”

Dr. Khalil Gibran Muhammad, director of the Schomburg Center for Research in Black Culture in Harlem, agreed. “One of the challenges with capitalizing it is determining when it began and ended,” Muhammad said. “Historians don’t agree on that. The question then becomes: When was the Civil Rights Movement?”

Dorie Ladner, a Student Nonviolent Coordinating Committee (SNCC) member who was with Medgar Evers just hours before his assassination in Mississippi in 1963, said invoking the movement informally trivializes the struggle.

“It doesn’t matter when you think it started – with the Dred Scott decision in 1857, when the Supreme Court decided that a black person wasn’t a whole person, or with the court’s decision in the Brown school desegregation case in 1954 — it should be referred to with capital letters,” said Ladner, of Washington, D.C.

University of California, Riverside history professor V.P. Franklin, editor of the “Journal of African American History,” said he and the Journal use the formal reference. The Journal was founded by black historian Carter G. Woodson in 1915.

Franklin said the movement spanned from the Brown case to the founding of the Black Panther Party in 1966, and was characterized by related “social, political and cultural activities.”

“There’s an evolution that goes from events to campaigns to a movement,” Franklin said. “A movement, such as the Civil Rights Movement, is an historic era, the same as the Progressive Movement and the Women’s Liberation Movement.”

Many publications and websites geared to black audiences, such as Black Enterprise and Ebony, follow the Journal’s example. Not so, for many mainstream publications.

The Associated Press spokesman Paul Colford said via email that the news agency, the style guide for many news organizations, follows Webster’s example.

“A quick check on the phrase ‘civil rights movement’ shows that lower-case styling is overwhelmingly preferred by newspapers and magazines including the AP, The New York Times … the Chicago Tribune, The Philadelphia Inquirer and The Guardian,” he said.

Professor Franklin said historians ultimately will decide how to record the Civil Rights Movement. He said the mainstream media often are slow to update references to blacks.

“A lot of publications have changed it … It’s a matter of pointing out to them that using the lowercase is outdated and … denigrating,” he said. “It’s a matter of putting pressure on them to adopt it …”

Capital Press Club President Barbara Arnwine, the former head of the Lawyers’ Committee for Civil Rights, said the magnitude of the Civil Rights Movement has yet to be measured.

“Show me another era that had the same impact that this one had,” she said. “They were responsible for the passage of the Civil Rights Act of 1964 and the Voting Rights Act of 1965. None of those accomplishments would have occurred had it not been for that movement.”